How to address Lead Line Replacements and more information 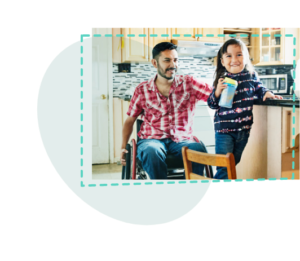 Lead service lines–pipes that carry drinking water to your home–can be a significant source of lead when the pipes become corroded. A lead in water crisis in Newark, New Jersey has spurred the city to embark on a $120 million plan to replace lead pipes.

Why do cities do partial lead line replacement?  Cost.

Because the water utility only owns the pipe from the street to the property line, the cost for replacement of the pipe from the property line to the house is the homeowner’s financial responsibility.  Many homeowners cannot afford the cost to replace their lead lines, even though they are a health hazard. Further, a report by EDF shows that lead line replacement programs that require homeowners to foot the bill for replacing their portion of the lead line puts low-income and African American households at greater risk of lead exposure.

Some cities are adopting programs to replace entire lead lines, from the water main to the home.  Buffalo’s “Replacing Old Lead Lines” program is a voluntary program where the city pays the cost to replace the entire water line, from the street to the home.  In October, 2019, Washington, D.C.  transferred $1 million to DC Water to cover the complete cost of the lead water service pipe replacement on private property when DC Water replaces the portion of lead pipe in public space during a Capital Improvement Project (i.e., water main replacement). Unlike Buffalo’s program, customers do not need to apply to this program.  If both the public and private portions of the service line are lead and no capital improvement is scheduled for two years, property owners can enroll in the Voluntary Lead Service Pipe Replacement Program. Applications will be accepted on a first-come, first-serve basis and this program is subject to the availability of funding.

Pittsburgh has a publicly available database showing lead lines in its water system, showing where it has already replaced lines and planned replacements for 2020.  Pittsburgh’s lead line replacement program spent $49 million in 2019 to replace lead lines.  The water authority faces 161 criminal charges by Pennsylvania state prosecutors that the water authority failed to notify residents of lead lines replacements or to take samples within the time frame the Safe Drinking Water Act Requires.

The good news for community advocates is that myriad resources exist to support the development and evaluation of your lead line replacement program. If not designed well, these programs can cause more harm than good. Please work with your local water utility and dig into the list of resources to guide your effort.